The area known as Cagnano is located on the second of three levels of the ancient inhabited area of Montepulciano, on the side of the hill visible when coming from Chianciano. 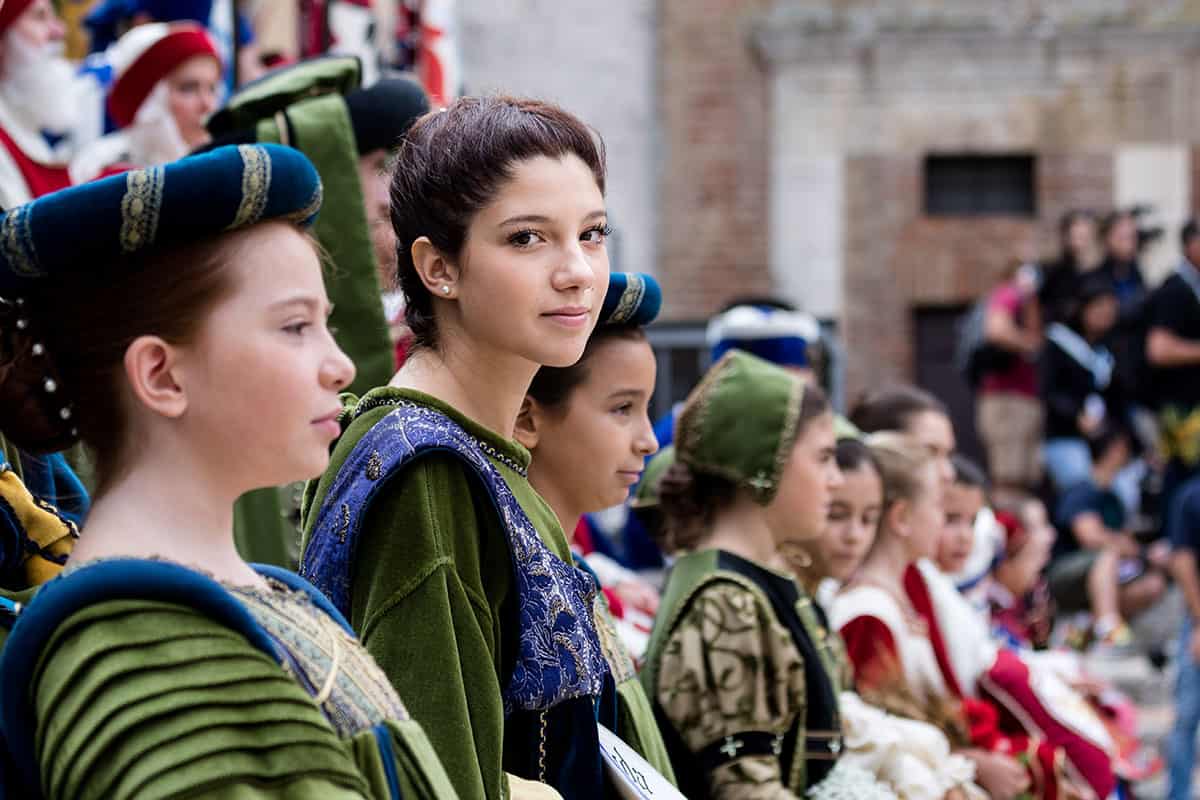 Its territory is located between Porta delle Farine, a thirteenth-century entrance to the city, and the ancient “Palazzo del Poliziano” – the famous poet’s Angelo Ambrogini’s birthplace -extending up to the church of “Santa Maria dei Servi”. Every festivity of the Contrada takes place at the end of a tree-lined avenue bearing the district’s name. The area of Cagnano, which grew in size and importance thanks to the numerous manufacturing and merchant activities based there, was inserted in the second circle of walls of Montepulciano during the same century. Since then, the district represented an important fulcrum of the town life, as demonstrated by the presence of prestigious and wealthy families who lived there. Among them the Ambrogini family, from which Angelo – who became famous in Florence as “Il Poliziano” – was born in 1454. 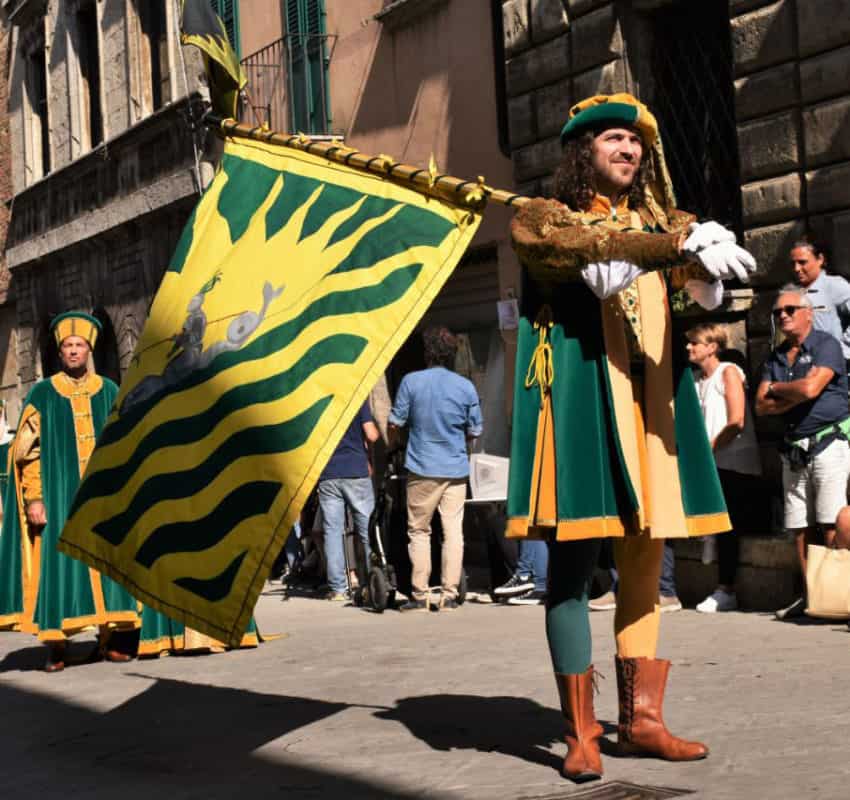