Talosa unfolds a yellow and red flag, on which three roses – two yellow roses on a red background and one red rose on a yellow background – stand out.

Since approximately 1700, after the Mancini family built the Order of St. Stephen Oratory, the symbol of the Order – a red cross with eight points – was introduced in the coat of arms, in honour of the founder which was a member of the aforementioned military and religious organization. The territory of this district is found within the first and oldest walls of Montepulciano, extending from Piazza Grande to the downhill district Poggiolo. 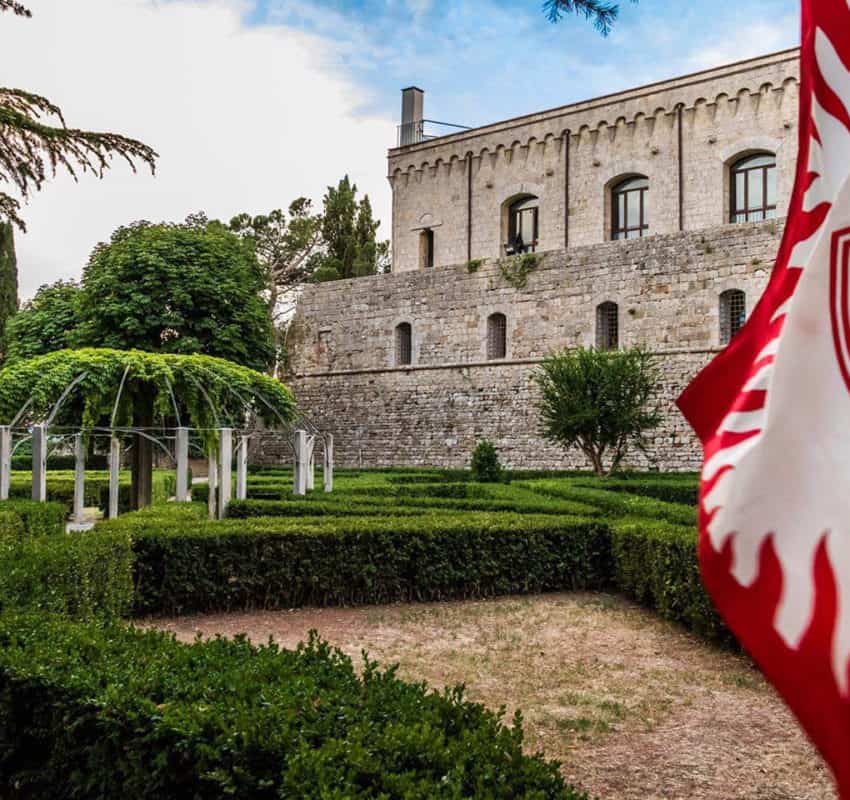 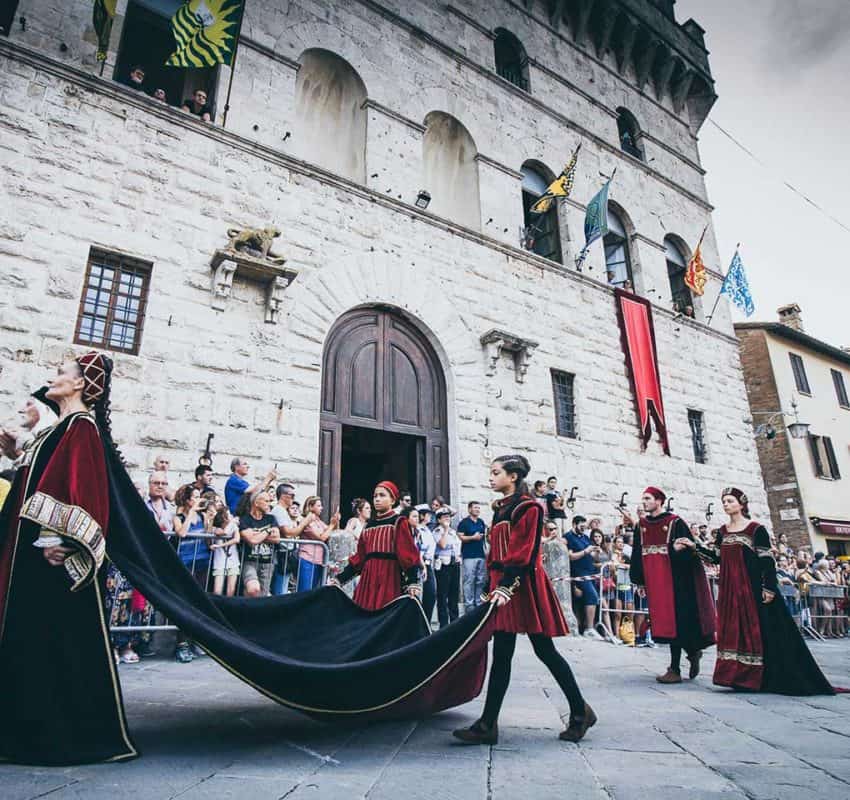